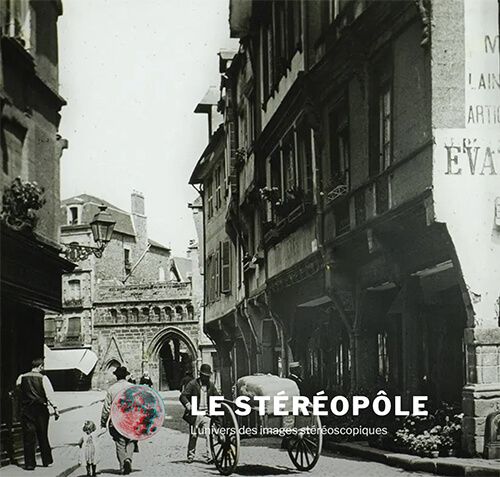 Director of CLEM, an association recognized for public utility and general interest / Head of the Stéréopôle project / Coordinator of the scientific committee around the Stereoscopic Images project

Catherine Carponsin-Martin has been working since her doctorate in history and archeology on the management of documentary masses. As part of her thesis, she created a database and computerized a corpus of over 90,000 items.

Since 2016, she has been working on the Stéréothèque and Stéréopôle project: reflection around well-defined semantic entities (place, character, type of architecture, event, environment, object, etc.) which accompany the images and make it possible to establish a thematic classification.

A heritage to be preserved and valued: the universe of stereoscopic images. Reflections on the Stereopole and the Stereothèque (method and challenges).

Since 2016, the CLEM associated with Archéovision (CNRS unit), has been working on stereoscopy by developing Le Stéréopôle (https://imagestereoscopiques.com/) and La Stéréothèque (https://www.stereotheque.fr/accueil). These interfaces constitute a skills unit that is unique in France on 19th century stereoscopic images, processed with 21st century technologies and made available to research and the public.

As part of the project we have developed, more than 25,000 stereoscopic photographs have been digitized and a large processing chain has been modeled in order to produce a Stereothèque database and a Stéréopôle interface. Our goal is to constitute a national reference base. To achieve this, we have developed a reasoned program for digitization, uploading, collaborative indexing and long-term preservation of the data produced. To date, the Stéréothèque, regularly enriched with new collections, gives access to nearly 13,000 stereoscopic pairs. The Stéréopôle, for its part, corresponds to an interface hosting editorial content related to our subject of study: biographical information on publishers and/or photographers, their period of activity, their published series, distribution networks for stereoscopic photographs. It also makes it possible to distribute educational materials and tools and to submit a new collection. The project also raises the question of how to format this abundant material to make it accessible to different communities of users (specialists, historians, archivists, local authorities, schools, etc.)

The creation of this important base of stereoscopic photographs thus offers the opportunity to develop research work on the image, considered as a source, object of study and transmission of historical knowledge and heritage memory.